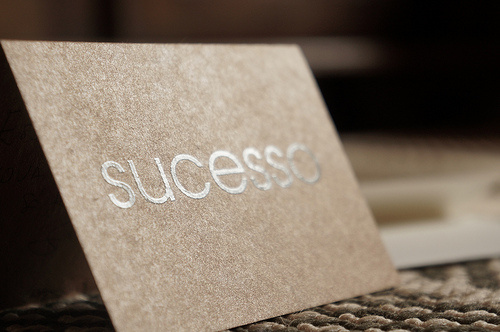 8 simple tactics to enhance the success of your team

As a result of a literature review, 8 recommendations are setup to enhance the success of new product development (NPD) teams. These are applicable to almost any team even though they were initially stated for NPD teams.

NPD is defined as the phenomenon of developing newer, more innovative products. This means that you are part of a NPD team when your occupied with one of these activities. NPD teams focus also on developing new knowledge, advancing technologies and improving processes. Most of the time, a NPD team exists of members from different departments. This means that they might have different backgrounds, knowledge, skills experience and goals.

There are three categories with recommendations. The categories are: team improvement, individual characteristics, leadership. The structure for every recommendation is as follows: 1) definition and background of recommendation, 2) practical suggestions on how to execute these practically

Knowledge is one of the most important resources in a team. Imagine how much of a drama it would be to develop a new product with team members that know nothing at all. Crazy thought right? But, hopefully you see the picture. Team members of a team will most of the time have other projects where they might be working on. The knowledge that they gain in such a project could improve the global performance of a team and this knowledge could give competitive longterm advantage. Even mistakes are valuable at this point. This is because known mistakes will prevent others for making the same mistake and this will improve the team performance.

There are different ways on how one could introduce knowledge management. Depending on the size of your team/organization, different options will seem more practical.

Besides knowledge management, organize post-project review meetings to discuss the final results of the project.

Team coöperation refers to the degree to which the members of a team feel they are doing a good job together. The effects of it are positive, it ensures for example a faster decision-making. Also,working in a team with a good strength of team coöperation ensures a pleasant atmosphere. However, a team with a too strong team coöperation could suffer from it. This is because team members will make compromises between each other. Even though this speeds up the tasks performed in the team, it also decreases their quality and diminishes the quality of considered product alternatives.

It is wise and recommended to first measure the strength before changing anything in the team.

Change work-related interdependencies. This is because making team members work together creates mutual experience and can generate coöperation between them.

Redistribute responsibilities. This ensures that team members have to communicate or coördinate with different people.

It is wise and recommended to first measure the strength before changing anything in the team.

Organize events outside of the work environment.

Increase the physical distance or organize the process of work more formally.

Rewards are found to have a positive effect when introduced in a team. Such a system causes teams to understand what is at stake and will enhance extrinsic motivation to achieve the set goal. However, some researchers have found that this will cause the creativity to be narrowed and cause teams to solely focus on the reward rather than the greater picture. It is recommended to implement a team reward, when you want to implement a successful reward system.

Team of the month or a special compliment

A goal orientated bonus reward system can also be implemented. However, the drawback of this system is that this will only enhance motivation and productivity in the short run. This could result to underperformance when there is no longer a reward system.

Individual brainstorming and group debates are useful tools to come up with new ideas. However, a lot of teams don’t do the former. It is very tempting to think that group debates are the only way to come up with new ideas. However, research has shown that suspending group debate will result in a higher number of ideas, a higher number of original ideas, and a more diverse set of ideas. So, start mixing things up!

Literature explains creativity as the production of novel and useful ideas in any domain. For a team to be creative, it is of importance that team members understand each other and are able to take the perspective of others. This can be achieved through gaining the same understanding of the information required.

Start motivating team members to attend relevant trainings. By doing this, team members are enlightened with new information and knowledge. This will result in a better understanding of the topic and the team members will have a better capability to be creative.

First of all, it is essential for any team to have a positive team climate. Achieving this state is possible by implementing transformational leadership. This is defined as a process where team leaders and members stimulate each other to maintain greater morality and motivation. A positive climate contributes also in a way that it leads to greater work efficiency, since there is a better understanding of each other’s work. It will also lead to a higher job satisfaction.

It is recommended for the leader to start acting as a role model. Start the role by stimulating motivation and getting a better understanding of the capabilities of the team. Consistently showing individual or team appreciation is a simple solution for transformational leadership. Improve the functioning and communication by having a clear working direction.Ideally, aims and procedures and structures of the work should be clearly defined for the team.

As a leader, pay sufficient attention to every members affective state. Increase organizational support or relax organizational control as needed to improve the creativity of the individuals.

The given recommendations and suggestions on how to implement these practically in order to improve the success of teams are based on a small literature review that was conducted in a team of 5 people. The following were part of the team: Koen Mimpen, Wouter de Wit, Arvid van der Bruggen, Do Blankestijn and I.

Keep in mind that the recommendations mentioned display a small part of the possible success factors described in literature. There are a lot more ways to enhance team performance.

Question: Which success factors are you using to enhance the performance of your team? Answer the question by leaving a comment.

Save Time, Money and Increase Your New Product’s Success

How to know if you should start developing that great idea